The hottest day of the year

It was the hottest day of the year, possible the hottest ever recorded, and the riders faced a tough day ahead with three major climbs and a long run in to the finish. It could have been Stage 18 of the Tour de France, across Col de Vars, Col d’Izoard, and the fearsome Col du Galibier (2642m) before finishing in Valloire but it was instead a group of club members tackling the Harescombe climb to Edge, Edge Road into Painswick, and finally Stepping Stone Lane to Bulls Cross, topping out at Bunnage (264m), a mere tenth of the elevation of Col du Galibier. We even encountered a (very small) landslide and flood but rode through successfully.

What the route missed in elevation was made up for in gradient, with some riders reduced to their 24” gear (a.k.a. two feet). After that we enjoyed 40km of (almost) continuous descent through the Toadsmoor valley and along Thrupp’s balcony road to reach Elmore for Gelato. Just as in Le tour, the ride leader was dropped from the lead group and the groupetto barely made the time cut, arriving just before the peloton left for Gloucester. 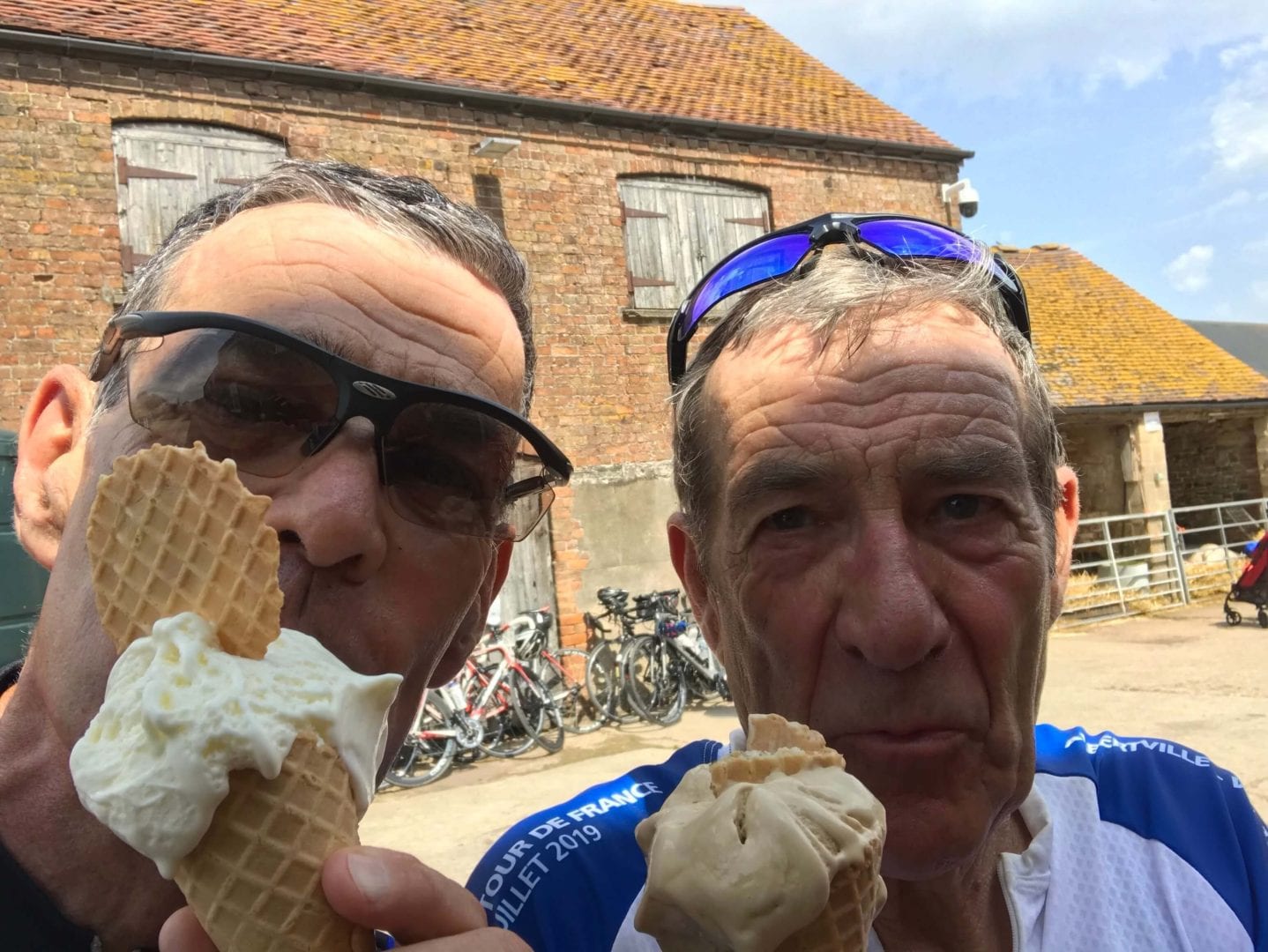