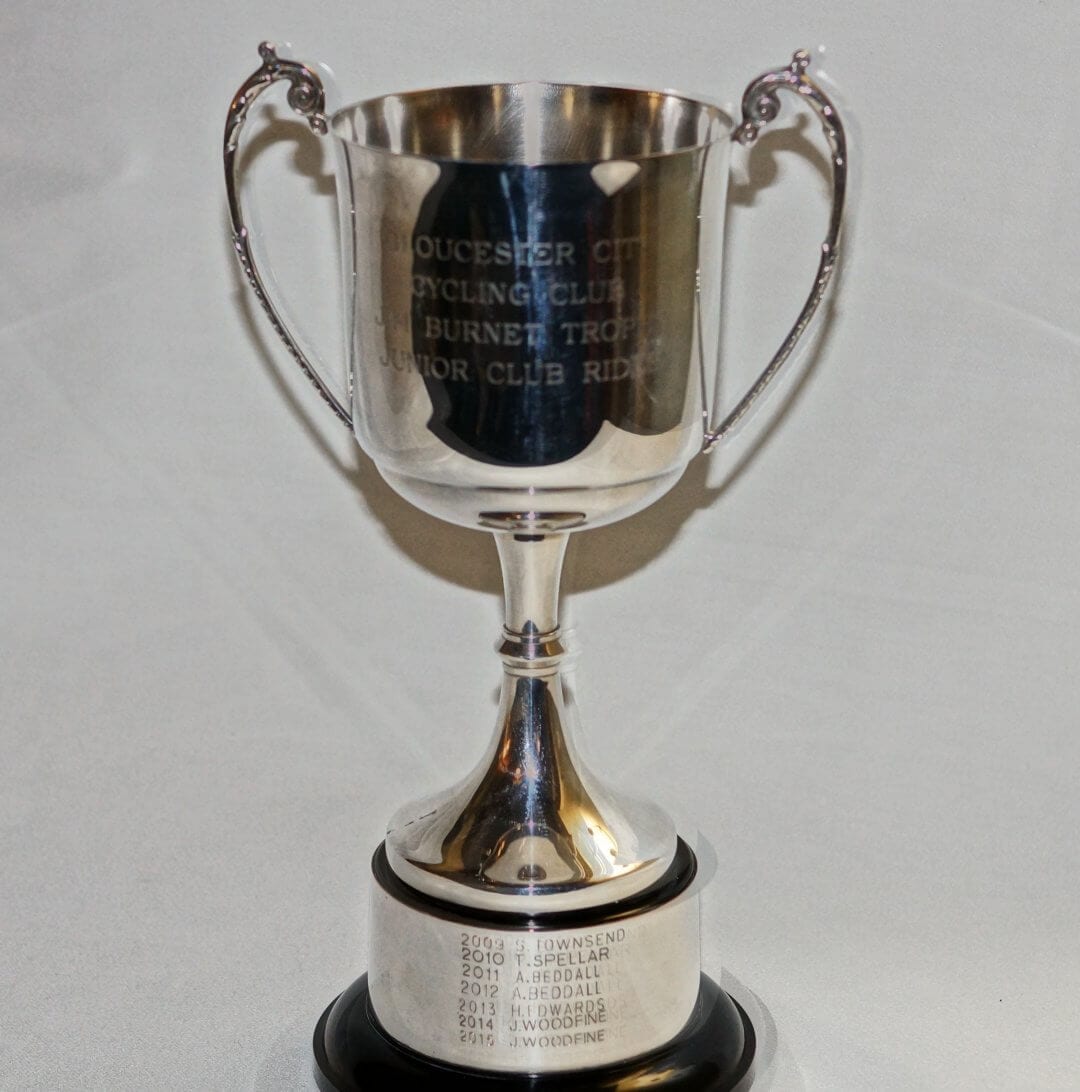 The Jim Burnett Trophy is awarded for the best junior attendance on club runs.

Jim Burnett was an electrician by trade and worked for the Midlands Electricity Board at Barnwood, occasionally working away at Coventry and Newcastle.

He joined the club in the late 1920s and was soon taking part in general club life, holding the positions of Committee Member, Chairman and Racing Secretary. He was made a Vice President in 1950

Jim became Club Captain in 1930, leading Sunday club runs all over the county and beyond, and toured in Ireland, Scotland, Northern Italy and the Dolomites and he usually went on the Whitsun outings to Mid-Wales.

Jim was definitely a ‘character’. He could be very abrasive but at the same time was so humorous in his conversations and sayings that he would reduce his audience to tears of laughter. If anything mechanical went wrong on a club run it was usually Jim who was called on to put it right.

From 1970 onwards it became apparent that his sense of balance was deteriorating and after a heart attack he had to give up cycling. He died after a stroke in March 1981.