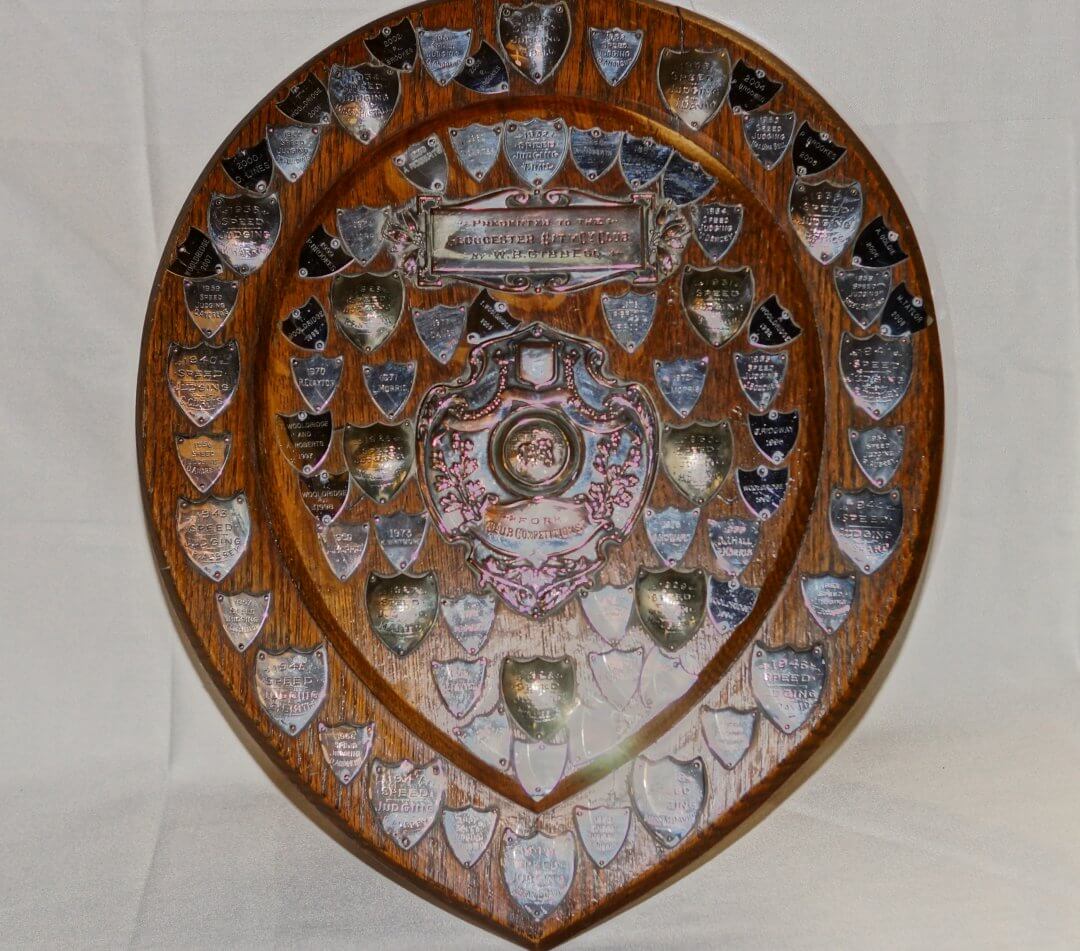 Mr W.B.Gibb joined the club in 1903. He held the position of Thursday Captain and Saturday Captain, (there were no Sunday runs until 1924), and in 1907 he was Club handicapper. He was also a Vice President but disappeared from the club in 1932. He later became a successful motor cycle trials rider and ran a motor cycle business in Northgate Street.

In 1905, Mr Gibb presented a trophy to the club. It was called the 100 mile Challenge Award and given to the fastest club rider over 100 miles in the year. Incidentally, the cycling year at that time was between Easter and October, there did not seem to be any club cycling at all during the winter months. This shield for reasons not apparent in the records is now awarded to the winner of the Social Competition.

The Social Competition covers a series of activities, as indicated in the event calendar, held during the Club’s financial year. They may be viewed here. A medal is also presented by the Club to the runner-up and to the Junior with the highest points total as above (not being the winner). The minimum number of events shall be four. When there are five or fewer events in the competition the number to count shall be one less than the number held. When there are six or more the number to count shall be two less than the number held. Points shall be awarded as follows: 1st 30 points, 2nd 27, 3rd 25, 4th 24, 5th 23, etc.

The winner of the Social Competition will be the member with the highest points total after all qualifying events have been held.