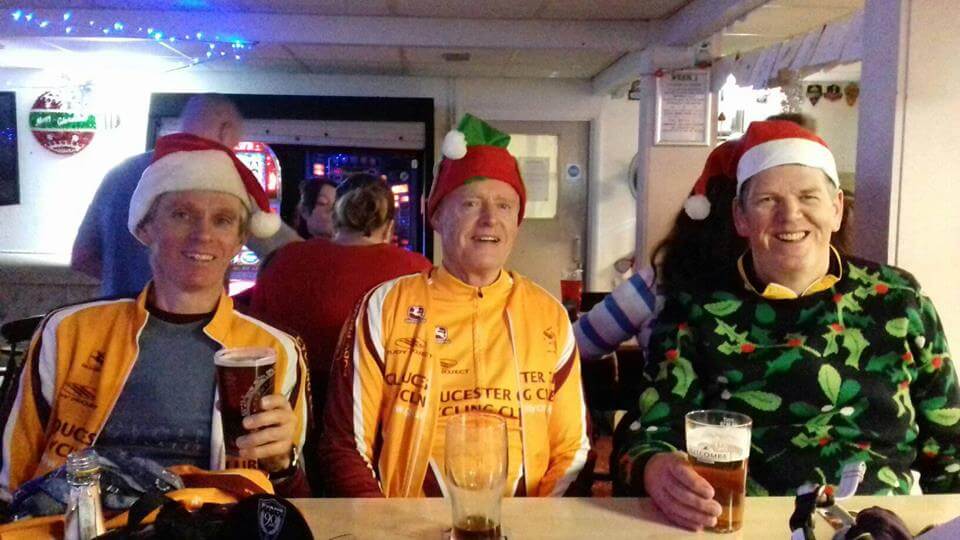 A “semi-dry” ride after a deluge on Saturday. The A/AA party, some dressed for the occasion, took Maisemore & Wooldridge Hill on the Over Old Road, where they lost Charles to fatigue. Ashleworth and Tirley where they paused to assist with a broken tandem, but all was well – they were ‘sorted’. Apperley and Deerhurst led to the A38 where the remaining three Tyndale Section riders headed for an early coffee. The remaining six continued via Tredington and past the Old Spot at Piffs Elm. A further diversion to Barrow took their total to 24 miles to arrive at eleven in a packed pub.

The Vice Captain’s B ride took a larger group through Leckhampton and Six Ways, threatened the riders with Ham Hill but settled for Harp Hill instead. From there Prestbury and Woodmancote beckoned. They passed the climb of Buttcombe Lane without mention (for which the President on his fixie was most grateful) and continued through Bishops Cleeve, Tredington and Boddington to arrive at the Aviator, now even more packed than before.