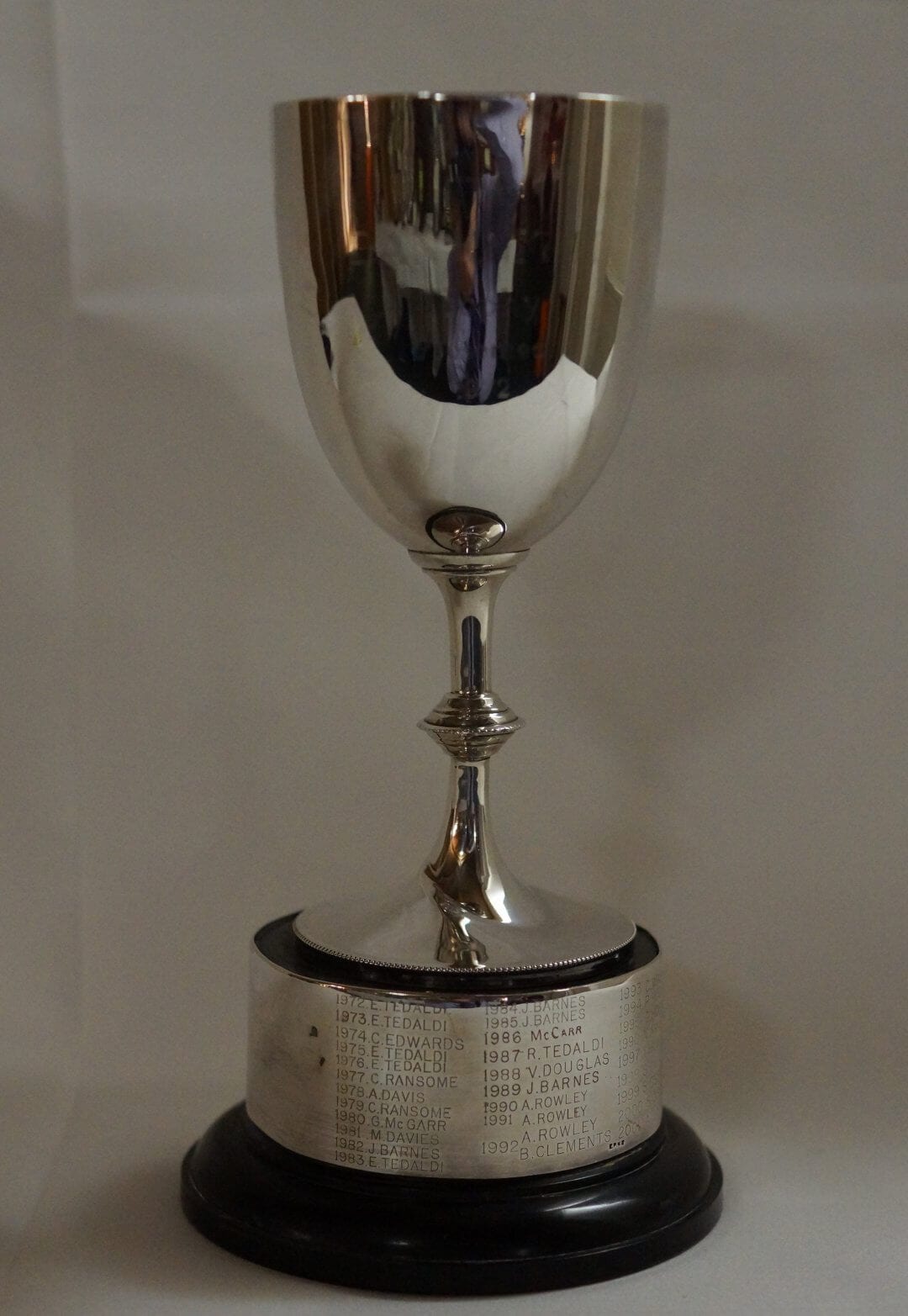 The Dan Knight Trophy goes to the winner of the season long Evening 10 mile Time Trial Competition and was given to the club in 1972.

Dan Knight was the manager of National Car Parks. Later he ran The Bristol Hotel on Bristol Road. He had a keen interest in the sport but was not actually a cyclist. Club member Peter Mallen worked for him and persuaded him to present a trophy to the club. He presented the prizes at the National Junior 25 Championship in 1992 when the Club organised the event. The Dan Knight Trophy is probably the most competed for trophy in the Club as it involves six 10s throughout the summer and carries monetary prizes as well as the Trophy.

Points are awarded for placings in designated events down to 8th place and for best improvements on Personal Best times (or failing improvements then closest to) based on the Club ‘10’ course down to 8th place. The winner of the competition is the Club member accumulating the greatest number of points in the season. Six Club ‘10’s’ are designated as Dan Knight ‘10s’, with only the best four events to count. Riders must enter at least four events to be considered. Designated events may be viewed here