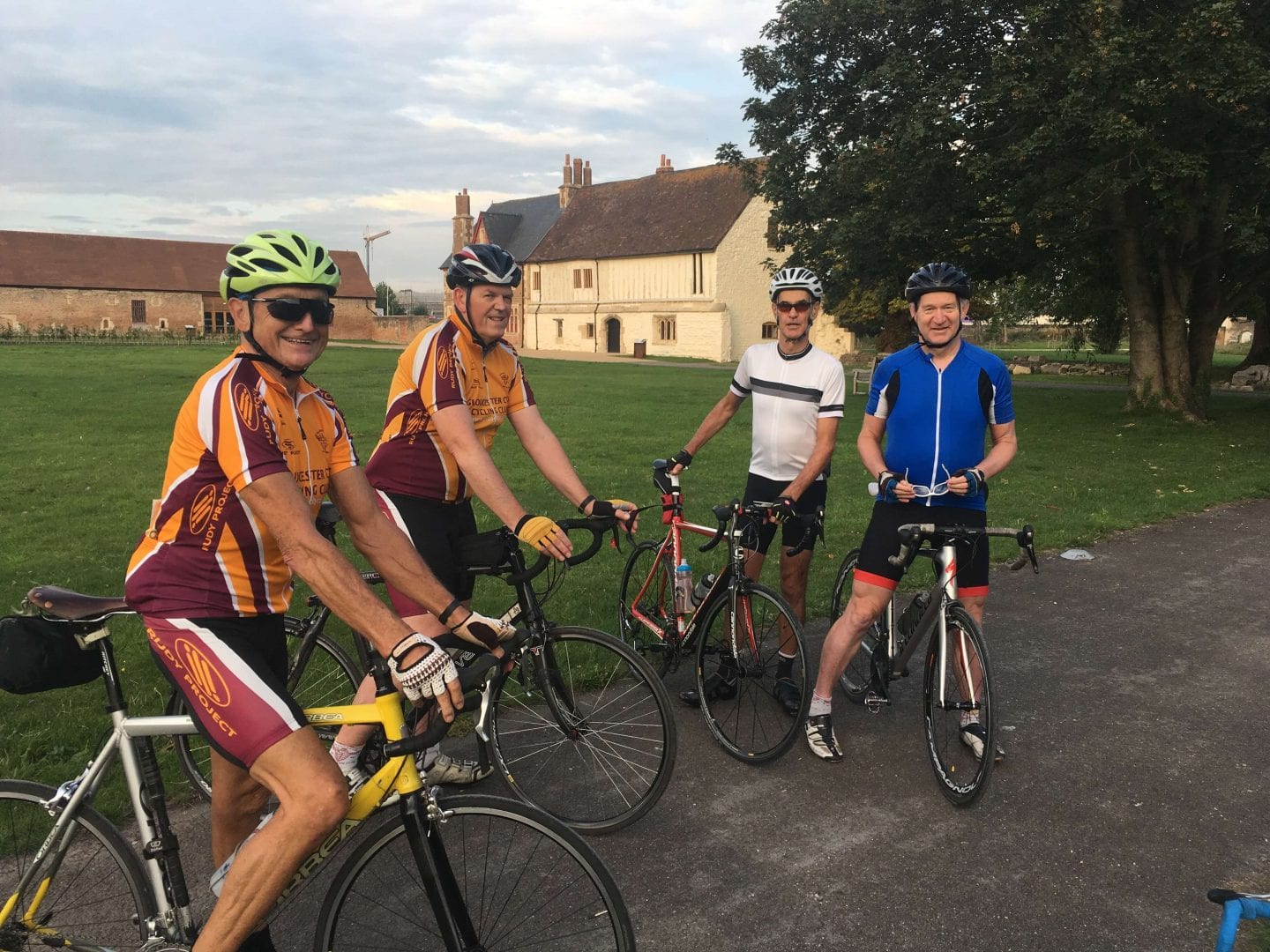 Five riders set off from the Square, taking a route down Southgate to visit Llanthony Secuda Priory before speeding out along the Newent Road to enjoy the light traffic an early start had afforded. Once past the motorway they enjoyed a clear run to Hereford and quiet B roads to Hay. Refreshed and replenished, they hit the road to the Gospel Pass. A temperature of 30°C on the way up surely made this the hottest ever crossing of the Black Mountains by the Club. A stiff climb then a considerably easier descent were enjoyed by all before taking in the day’s next objective, Llanthony Prima, after a refreshment stop.

Thoughts turned towards the castles as they approached Grosmont and the group rolled down an empty High Street past its castle. Onwards to castle number two, Skenfrith, then over the Monnow they rode into England and pressed on to Goodrich, the third castle before crossing the Wye at Kerne Bridge. The familiar roads meant that everyone knew their way from here and by mutual consent the group split up to make their own way home.

A review of the day’s statistics showed a total of fifteen climbs, the biggest of which was of course Gospel Pass (445m in 8km). Total elevation gain was 2250m over 178km.