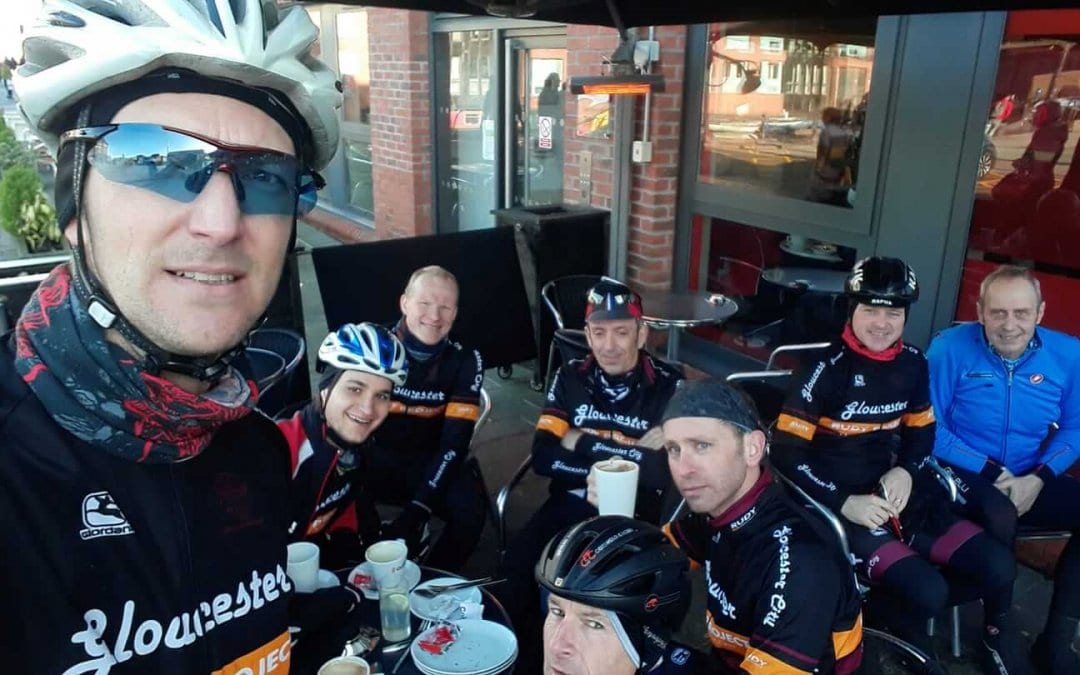 Eight Sports Riders took on the elements (-2 degrees at 9.00 am)  and set off on a ride to the Malverns. They stayed mainly on A roads due to icy conditions, but everyone worked well and did their work on the front in a tight controlled group. We rode out via Tewkesbury, Bredon, Defford, Upton on Severn, and then climbed up to British Camp, which certainly warmed everyone up. The sunshine and stunning views at the top were enjoyed, then on towards Ledbury and up Hollybush. We travelled home via Pendock, Highleadon and Highnam, finishing with coffee & refreshments at  Caffe Corretto in the docks to make it a good 60 mile non stop ride,completed without problem, and great riding.

The club’s A ride, led by Marie, was to be a mystery ride. But with there being only seven riders at the Square, Alastair, who was scheduled to lead the B ride, combined the rides and we set off, mainly keeping to A & B roads. The A38 to Down Hatherley was OK at first but then came a big patch of ice, which we all got through without problem. Down onto old Cheltenham road and all the way to Cheltenham into Hesters Way to come out by Sainsburys in Swindon village where a police car frightened us by putting on blues and twos. We emerged at the GE traffic lights in Bishop cleeve and went via Stoke Orchard to enjoy elevenses at the golf club in Tredington, glad to get there without incident. The home journey retraced past the Old Spot and. Boddington for  an early lunch at the Aviator, which had run out of milk. We spent a awhile here watching the planes land and take off. before heading home.