Last of the summer rides 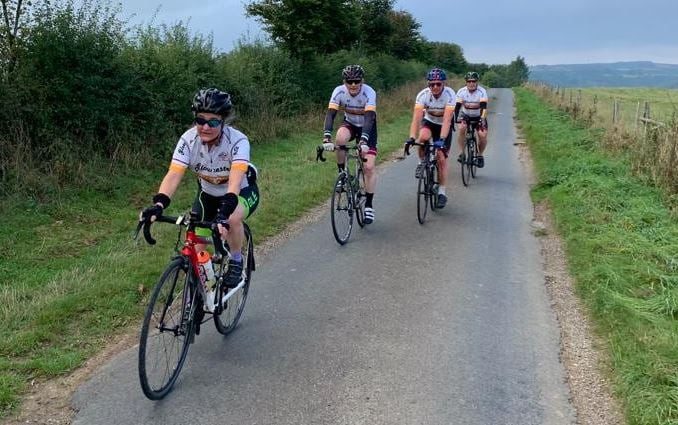 The Vice Captain has been criticized for always using Castle Hill to get to Broadway Tower, so today, we used Ham Hill instead, which silenced the critics, to the extent that one rider quietly took himself up the Dowdeswell reservoir climb instead and played tourist bingo while he waited to be caught – fords (2), roadside honesty boxes (2), incongruous statue (1).

The climbing didn’t end with Ham Hill, as the climb to Roel Gate is quite nasty, and the road from Lynes Barn towards Cutsdean isn’t flat either! However, there were rewards for climbing, with fine views across the Severn Valley.

One rider managed to fall off his bike pulling into the cafe, which gave entertainment to the many patrons seated outside. Sadly, no one caught it on camera.

After descending Snowshill, the return was largely flat into a strengthening southerly wind, but good teamwork spread the load. The group managed to get split at the Bozzard’s Lane railway crossing, but soon regrouped for the final run back to Churchdown.

It was good to get the summer bikes out for what will probably be their last outing of the year and it made for a really enjoyable ride that got the riders home in time to watch the men’s world championship road race.