B ride to Broadway 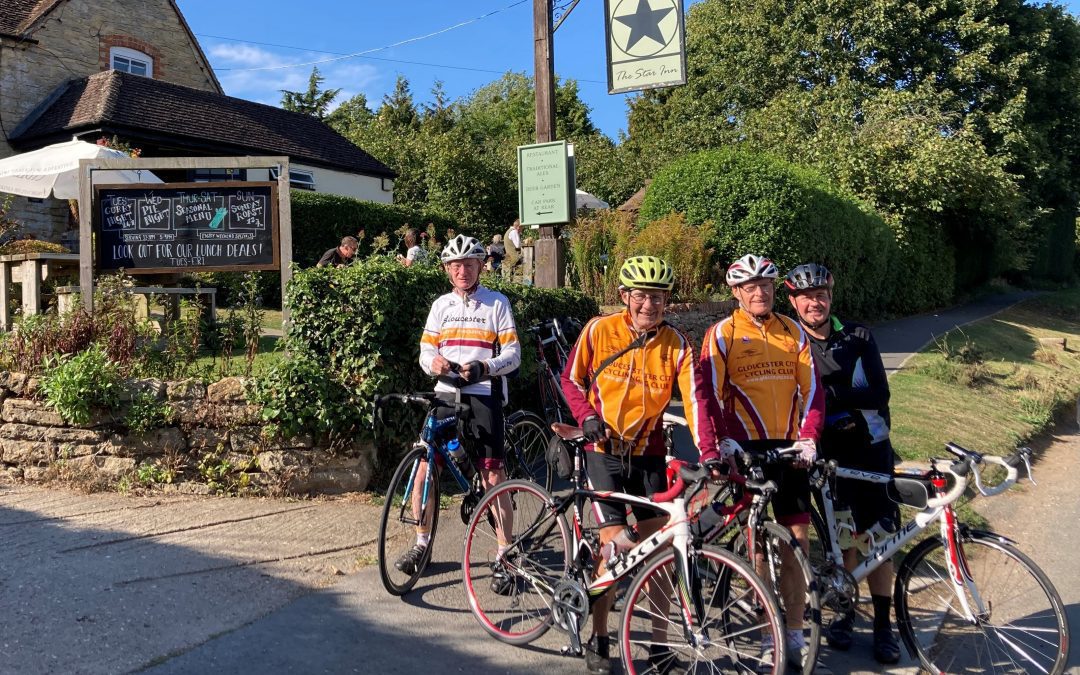 Eight members made up the second group riding to Broadway and they set off at a brisk pace. As it was nearly 30 miles to Broadway Tower to get there for eleven was ambitious.

Leaving the City was frustrating as the traffic lights were either at red, or changed to red as we cycled past marooning half the ride behind. After Churchdown it was plain sailing (and no traffic lights) with a helpful wind assisting us. We made good time through Teddington and Gotherington and on to Stanway where we all agreed that Stanway Hill would be an easier climb than Fish Hill. With its new smooth surface we were soon at Stubb’s Cross followed by a gentle ride along the ridge, passing the lavender farm. A skylark was spotted as it fluttered skywards twittering away. We don’t hear or see skylarks very often.

After coffee, four continued to Ashton under Hill, via the Saltway near Elmley Castle for lunch in the sunny warm pub garden of The Star. The ride back to Gloucester was against the wind but the load was shared and we were soon home.