A handful of riders brave the bad weather 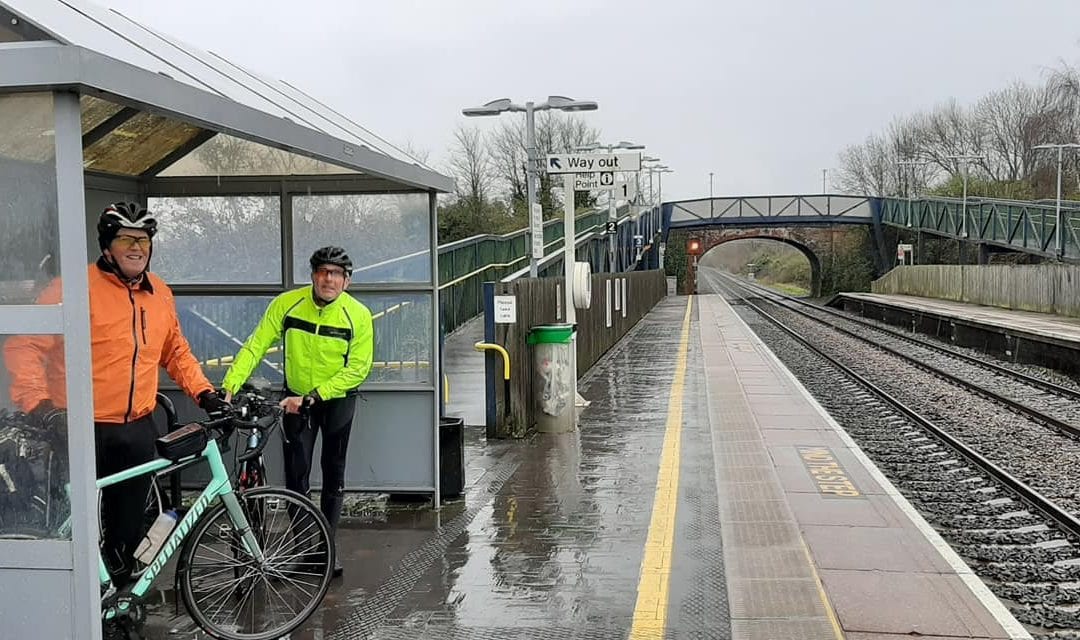 With the President, who was set to lead today’s ride to Dursley, self isolating with some (thankfully not all) coronavirus symptoms and the Vice Captain suffering cabin fever in Spain where the country’s state of emergency had placed the country in lockdown and interrupted his training camp (holiday) the B ride organisation was looking shaky. Fortunately John Cook turned up at Kings Square to lead the A ride and was joined by five others wanting to ride in the rain. The group set off south, with Colin having to sort some bike problems alonfg the way. They were soon on the way to Dursley, via the lanes to Frampton onto A38 and following lanes to new cafe in Dursley. Very nice food and company was enjoyed but the rain wasn’t easing (despite a more optimistic forecast from the Met Office) off and talk moved to the topic of the return route.
Gordon said good bye as he was almost home. Marie decided to catching the train from Cam, John said “What a good idea”. Colin was going to ride home but somehow he too came to the station and got the train. They were back in Gloucester by 12.35, John continuing to Cheltenham, and had lunch in the Pelican.
Thanks to John for leading in such bad conditions, and to Marie for the write up.