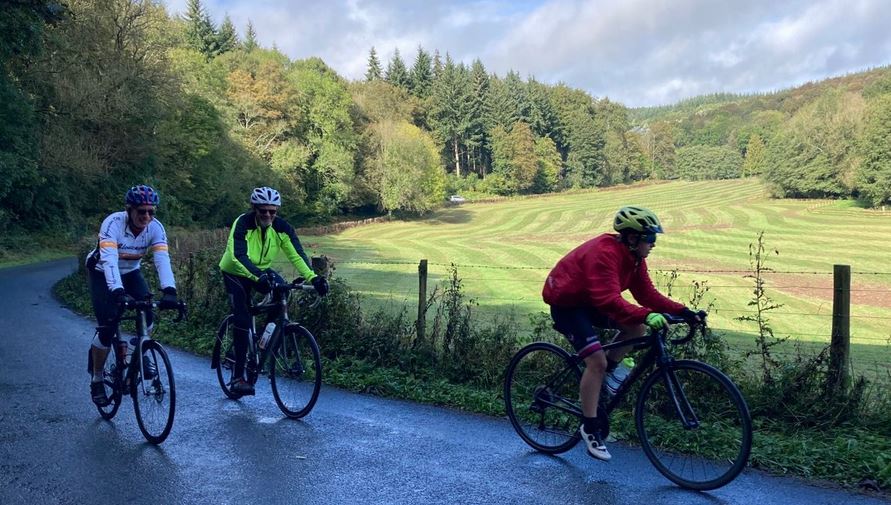 Six riders left King’s Square, and were joined by a further three in Tibberton. One rider lost a bidon on Huntley Road which really has an appalling surface, not dissimilar to the Arenberg Trench, which is quite an apt reference on the day of the Hell of the North. The silky smooth surface on the A40 over May Hill was a dream by comparison.

Two riders left us at Lea to return, and we soon reached Pontshill, where we encountered the sports ride, who were looking for a lost rider. Both the Walford and Wye valleys were as pretty as always, but will be even better when the trees start to change colour in a few weeks.

English Bicknor is a long climb with a really steep pitch, and came as quite a shock to our new rider, but she did a really good ascent. Two riders declined coffee and returned straight home, leaving five for coffee. We left coffee in the rain and caped up for a cold and wet descent to Parkend. Although the Fancy climb warmed us up a little, the capes remained on all the way to Flaxley. We lost a further two riders in Birdwood, leaving three on the return to Gloucester.